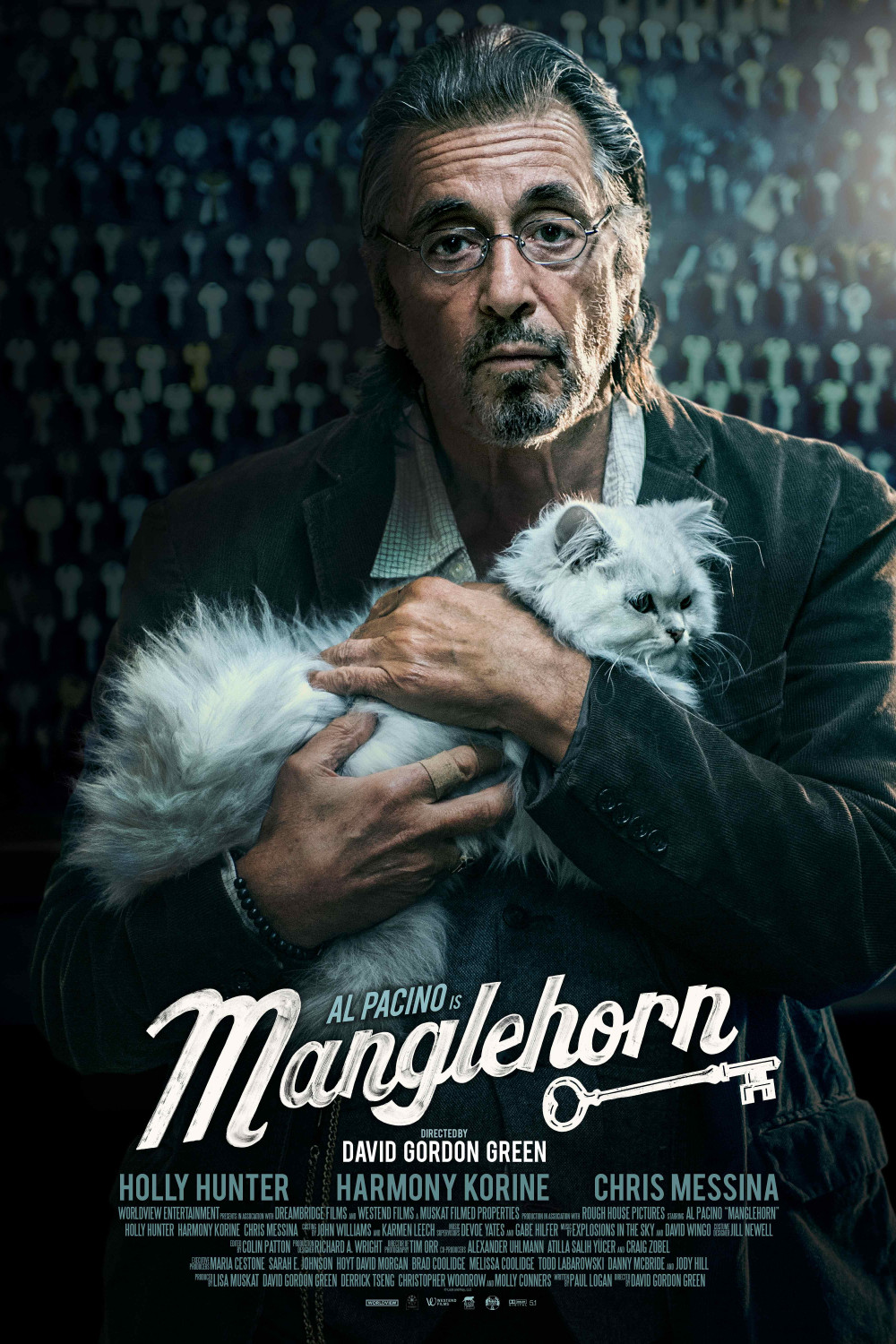 Reclusive small town locksmith A.J. Manglehorn (Academy Award winner Al Pacino) has never quite recovered from losing the love of his life, Clara. Fixated on her memory, he feels closer to his beloved cat than the people around him and prefers to find comfort in his work and daily routine. Still, he forges on with his tenuous human connections, maintaining intermittent contact with his son (Chris Messina), taking misplaced pride in a former protégé gone astray (filmmaker Harmony Korine), and establishing a cautious friendship with a kindhearted woman from the local bank (Academy Award-winner Holly Hunter). As this solitary man approaches the possibility of new love, he finds himself at a crossroads between staying mired in the past and embracing the present.

Instilled with director David Gordon Green's unique brand of eccentricity and anchored by a remarkably rich, understated performance from Pacino, Manglehorn is a movingly humanistic portrait of a man rendered with unsentimental simplicity and idiosyncratic humour.

"Pacino was subtle and effective, leading festivalgoers to say that it was his best work in years" – VARIETY

"Manglehorn is the hit (...). A quietly assured central performance that may be among the most atypical of Pacino’s career, but also one of his best. Green's talents as a director seem to have expanded exponentially in the last few years, and “Manglehorn” is his most ambitious film" – INDIEWIRE