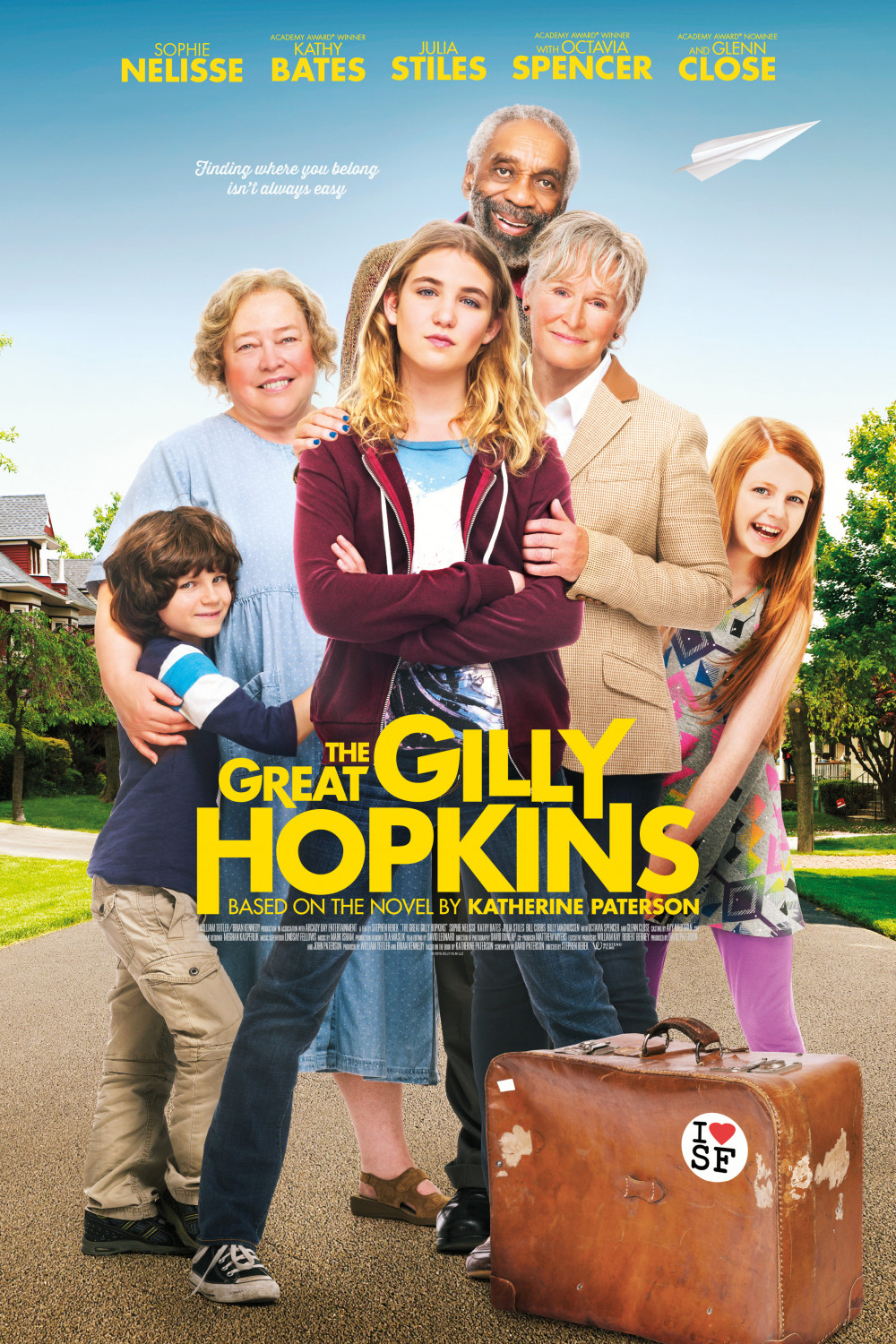 Wisecracking, gum-chewing 12-year-old Gilly is well known in the foster system. Totally unmanageable, she has stayed with more families than she can remember and has outwitted them all. After all, how can she settle down when her real mother, the beautiful and glamourous Courtney, might be out there waiting for her?

When Gilly is sent to live with the Trotters, the weirdest family yet, she isn’t planning to stick around. But cheerful, affectionate Maime Trotter isn’t giving up on Gilly just yet - she is sure there’s a hurt little girl in there somewhere. Gilly knows she has to escape, and if she can’t run then she’ll lie her way out. But her grand plan doesn’t go as intended, and she starts to think maybe she was wrong about Trotter. Maybe wrong about everything.

Adapted from a multi-award-winning novel published in more than 20 territories by Katherine Paterson (THE BRIDGE TO TERABITHIA, the adaptation of which grossed over $200 million theatrically), THE GREAT GILLY HOPKINS is the hilarious and big-hearted story about a headstrong girl who wants to find a place to call home.